Email ThisBlogThis!Share to TwitterShare to FacebookShare to Pinterest
Labels: Training

Germany to ban paintball in wake of high school shooting

The German government is to ban paintball in response to the school shooting in which 16 people were killed in March.

Experts from Chancellor Angela Merkel's conservatives and her Social Democrat (SPD) coalition partners have agreed to outlaw all games in which players shoot at each other with pellets.

Infringements to the new rules, which the cabinet hopes to pass before a general election in September, could incur fines of up to 5,000 euros (£4,400).

A 17-year-old shot dead 15 people in the southwestern town of Winnenden, before killing himself in March, stunning many Germans and leading politicians to call for tighter gun rules.

The teenager shot many of his victims in the head with his father's legally registered pistol. His father, a member of a shooting club, had 15 guns at home – fourteen were locked in a gun closet as required by law but the pistol was in the bedroom.

Germany toughened its gun laws in 2002 after Robert Steinhauser, 19, shot dead 16 people before turning the gun on himself at a high school in the eastern German city of Erfurt.

The changes raised the minimum age for gun ownership to 21 from 18 and required gun buyers under 25 to present a certificate of medical and psychological health. Gun laws already required applicants to pass rigorous exams that can take up to a year.

Sources in the SPD said the parties were also moving towards on agreement on the creation of a nationwide weapons register and were considering setting up biometric security locks for weapons' stores.

Shooting Zombies in the Rain. 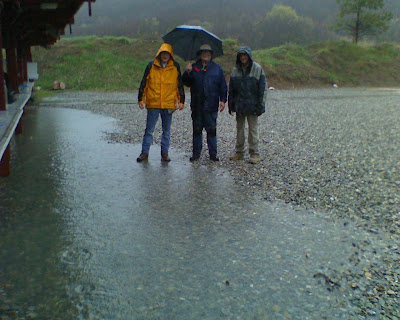 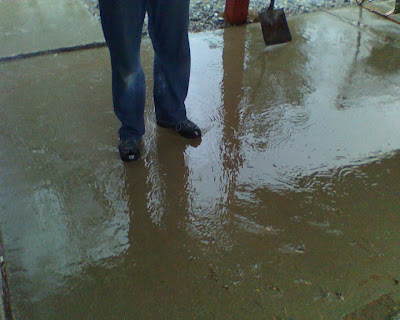 Super Dell in the news again.

SARATOGA SPRINGS, Utah - Dell Schanze, often referred to as 'Super Dell,' was in court Friday to set a trial date after an off-duty motor vehicle enforcement police officer pulled him over for reckless driving and for carrying a firearm with an expired concealed weapons permit. Schanze said the case is a "total fraud" and claims that the police are targetting him unjustly. Prosecutors tried to offer Shanze a plea deal, but he rejected it. Schanze's trial date is expected to be set later Friday afternoon.